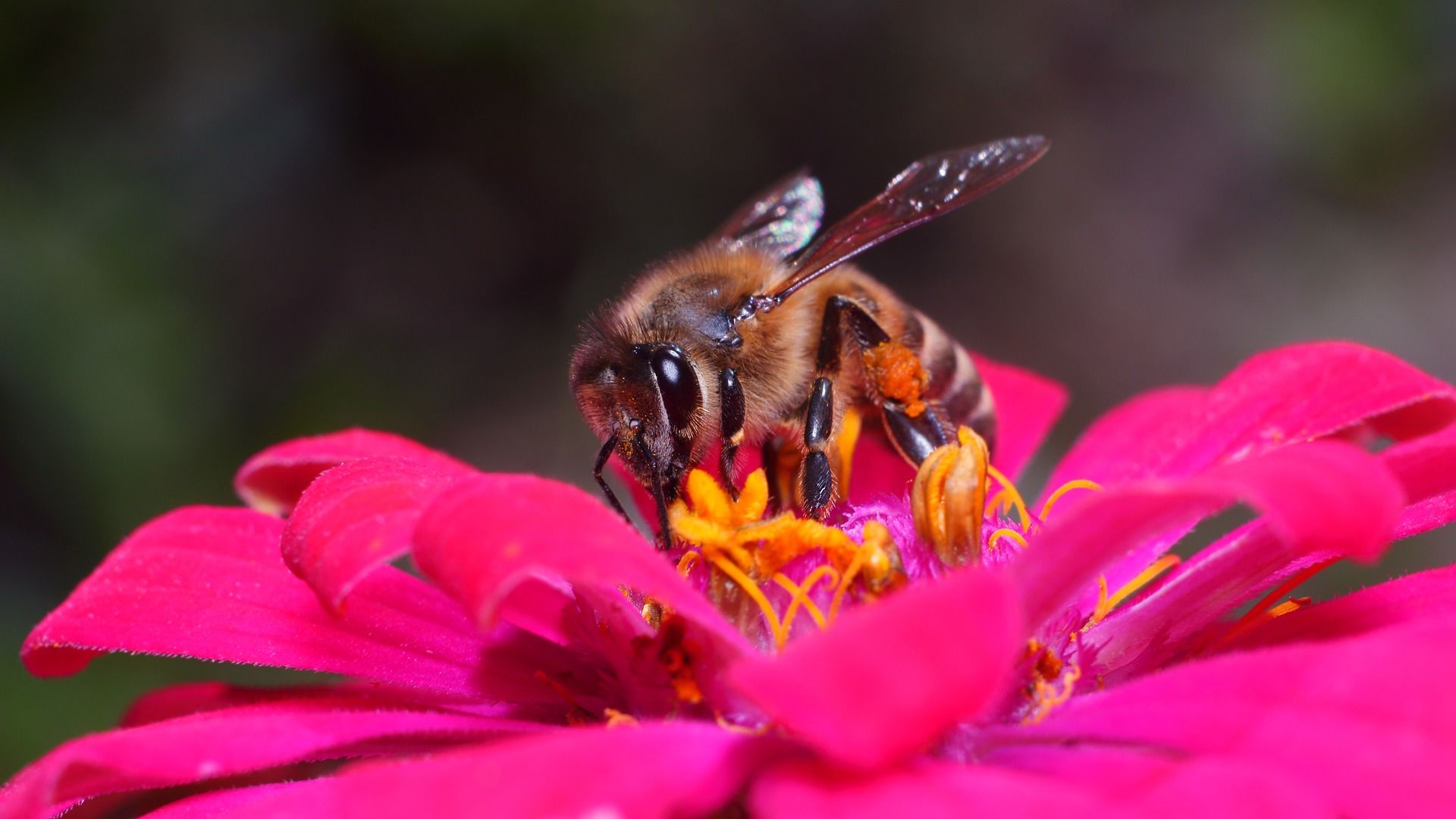 A bee or not a bee? Identifying honey bees, other bees, wasps, and flies

Insects can be sneaky. They have all kinds of tricks to help them hide from predators – from pretending to be part of a plant, to masquerading as another species of insect by mimicking it markings.

If you’re a new beekeeper, or you’re simply interested in the insects that populate your garden, it’s good to be able to differentiate between the honey bees you’re caring for, other harmless species of bee and fly, and potential threats like wasps.

Luckily, there are plenty of ways to tell the good guys from the bad.

Most people don’t realise that some species of fly visit flowers and help pollinate them, just like bees. That, and the fact that some fly species look surprisingly bee-like, makes it possible to confuse the two. There are about 20,000 varieties of bees found all over the world, and a staggering 125,000 species of fly.

Here’s how to tell the difference:

Have a good look at a housefly before you swat it. Notice the eyes? They’re big, round, and they bulge out from the head, mostly toward the front. Bee eyes tend to be oval, less protruding, and placed more at the sides of the head.

Bees usually have a lot of fluffy hair on their legs and bodies, perfect for collecting pollen. Flies have hair too, but it’s much thinner and spikier – except for some flies.

Wings: one set or two?

Flies have only one set of wings, usually spread wide even when they’re resting. Bees have two sets of wings, and when they aren’t in flight they tuck them tidily away along their backs. It might be hard to count the number of wings on a tiny insect, but the splaying is a big clue.

Another, subtler clue is the antennae. A bee’s antennae are long, thin and elegant, while sometimes you can’t even spot a fly’s antennae, they are so short and stubby.

Remember what tricksters insects are? It’s not a good idea to depend on colouring or markings to identify a bee. There’s a whole group of fly species called ‘bee mimics’ that sport bee markings – no doubt to fool a predator that they have a sting and know how use it.

Nobody likes wasps – even if they do pollinate flowers and get rid of other insect pests we don’t like. They kill bees for food, their stings are extremely painful, and as close cousins, wasps look far too much like bees for comfort.

Don’t worry, you can usually tell them apart, and here’s how.

Wasps generally have a different shape, tending to be longer and thinner compared to a bee’s round body. Many have a very narrow waist between their thorax and abdomen. There are some long, narrow bees that look uncomfortably like wasps, but not in New Zealand.

Check out the wing shape

Both insects have four wings, but a bee’s wings are more likely to be shorter and rounder, while a wasp has long, narrow wings.

Wasp’s markings tend to be more vivid, with sharper and more varying patterns and colours. Where bees are fuzzy and hairy, wasp bodies are more likely to be smooth and shiny. They don’t collect pollen, so they don’t need the fuzz.

Is it winter? It’s probably a honey bee

Because honey bees live in colonies, with thousands of them keeping each other warm in the cold weather and feeding on their stored honey, they don’t need to hibernate. Wasps don’t make and store honey, and their nests have far fewer individuals, so they must hibernate to survive a cold winter. If you spot an insect flying around in the cold, it’s more likely to be a honey bee.

If it stings you more than once, it’s a wasp

Although this isn’t the best way to tell the difference, multiple stings from one individual is definite evidence that it’s a wasp. Bees sting once and then die, while a wasp has a sting that keeps on stinging.

Honey bees and other bees

Honey bees first came to New Zealand in 1839, to develop honey production and plant pollination for English settlers. In the wild, they form large colonies in hollow tree or rock cavities. The complex social structure includes one egg-producing queen, a lot of male drones, and thousands of sterile female workers.

But not all bees make and store honey. In New Zealand there are also 28 native bee species, all smaller than the honey bee. Most are very dark in colour, and they live in small nests in the ground, or in tunnels in twigs or branches. Each species of ground-dwelling bee has its preference of soil – some like fine-grained dirt, and others nest in sand on the coast.

Four species of bumblebee were introduced to New Zealand between 1885 and 1906, to help with the pollination of red clover. Bumblebees have longer tongues than honey bees, which red clover flowers needed. They’re also better at pollinating tomatoes and are very useful in greenhouses.

Unlike honey bees, bumblebees live in colonies of no more than 2-400 bees. They build nests in dry cavities wherever they can find them – from rabbit burrows to old stuffed chairs.

Bumblebees are larger, wider and fuzzier than honey bees. Only the females can sting, but they’re less aggressive than honey bees, so you’ll need to get quite rough to find out what a bumblebee sting feels like.

If you’re a beekeeper, you’ll be focusing on your honey bees, but it’s useful to be able to identify other species if you need to. For one thing - spotting a wasp could help you protect your hives from invasion.

Keen to find out more about bees and beekeeping? Talk to the team at Ecrotek today.