The spread of a deadly disease

American Foulbrood strikes fear into the hearts of beekeepers – and for good reason. The bacterial disease infects larvae, kills bees before they reach maturity, and eventually destroys the colony.
Read more Most people know that bees collect pollen, but few really understand its role in the hive. Unlike nectar, pollen is not used to make honey, but it plays a vital role in the life of the colony.
Read more Learn how to get the most out of your synthetic varroa treatments (Bayvarol and Apitraz) with our informational treatment guide.
Read more Organic food is made without using chemical pesticides, herbicides, antibiotics or other artificial chemicals during production. Organic fruit growers don’t spray their trees or vines, using natural methods to control insects on their produce. Organic meat and dairy farmers don’t use antibiotics or artificial hormones to speed up animal growth. For many proponents, the organic concept extends into the overall management of the farm or orchard as well – they tend to take a slower, natural approach to crop or animal management, with a focus on caring for their charges rather than profit.
Read more 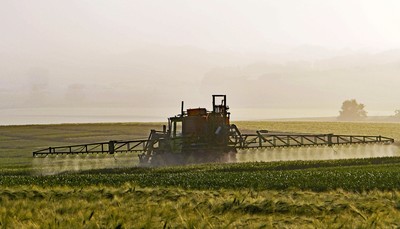 Learn, Industry, Health, Save the Bees

The hidden cost of pest control

Bees are more than cute, busy little honey-makers. If honeybees become rare or extinct, no longer having honey will be the least of our problems – more than a third of our food crops rely on bee pollination, so our diets would be significantly reduced. In 2006 and 2007, record losses of bee colonies struck fear into the hearts of farmers and environmentalists. It was a low point for the worldwide bee population, and it triggered a closer look at the reasons for bee decline. Although there are a number of reasons for dwindling bee populations, pesticide usage is a major factor. Many commercial pesticides have an impact on bee health, and some are particularly harmful. When individual bees die or lifespans are reduced, the colony can weaken and eventually fail. In New Zealand, the Environmental Protection Agency sets strict rules around pesticide use to minimise harm to bees – and our bee population is relatively robust as a result. Protecting bees takes constant work from farmers, protection agencies, beekeepers, and even gardeners – but it’s worth the effort.
Read more

Watching out for Wax Moths

How to prevent invasion and treat infestation
Read more Disease, Health, Save the Bees Varroa mites are a threat to bees all over the world, and New Zealand is no exception. The tiny creatures spread disease, weaken colony health, and, left untreated, eventually kill the hive.
Read more
Newsletter